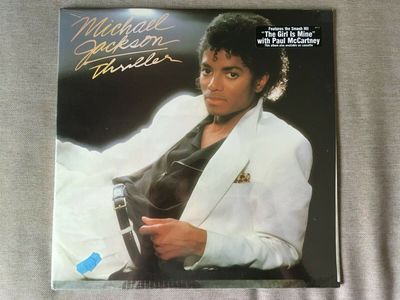 An original Hype sticker with # 38112 reads: Features the smash hit "The Girl is mine" with Paul McCartney, this album also available on cassette