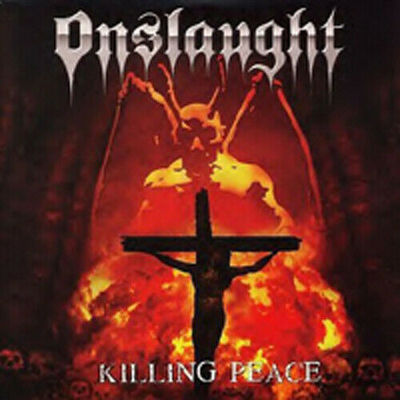 Label: BACK ON BLACK

Killing Peace is the fourth studio album by English thrash metal band ONSLAUGHT, originally released in 2007. It was their first album since 1989's In Search of Sanity and the first to feature Sy Keeler since 1986's The Force.

Onslaught are a British thrash metal band from Bristol, England, active from 1982 to 1991 and again since 2005. The band initially drew influence from US and British hardcore punk bands such as Discharge and The Exploited, and then adopted a straightforward thrash metal sound. They have been recognised as pioneers of the British thrash metal scene, and have been referred to as one of the country's so-called "big four", along with Sabbat, Xentrix and Acid Reign.

SIDE A
1. Burn
2. Killing Peace
3. Destroyer Of Worlds