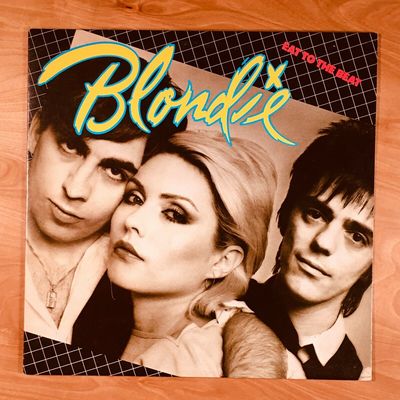 Sealed
A record that is enclosed in shrink wrap. No grading given on the vinyl. Any visible defects to the jacket will be noted in the listing.

NM
Record: A record that looks unplayed.  Jacket: A NM album cover shows virtually no wear, defect or deterioration of any kind on any of its surfaces or edges.

VG++
Record: A VG++ record may have very few slight blemishes under a grading lamp that drop it from a genuine NM grade; a hairline scratch, scuff mark or other slight superficial imperfection. These records will have a nice, bright glossy sheen. Jacket: A VG++ cover will have only some very minor wear. VG++ covers will never have stickers, writing, clipped corners, saw cuts or hole punches


VG+
Record: A VG+ record has superficial blemishes usually visible only under a grading lamp which do not effect playback. These records have been played but they have been taken care of. Playback is clean with no pops, clicks, crackles etc. discernible over the music. Vinyl still retains a glossy sheen. Jacket: A VG+ cover shows some mild signs of use or age but has been well taken care of. VG+ jackets may have hole punches or clipped corners which will be noted in the listing. VG+ jackets will never have writing from a pen or marker on them.

VG
Record: A VG record may have light scratches and may have lost some of its glossiness. Some noise is discernible over the music but it will not overpower the ability to enjoy the music on the record. VG records do not skip anywhere during playback. Jacket: VG covers will have more numerous or pronounced signs of age and wear. A VG cover may have some markings on it from a pen or marker which will be noted in the listing.

VG-
Record: A VG- record will have more serious imperfections. VG- records will playback with noise that is enough to overpower the ability to enjoy the music on the record, but they will not skip. Jacket: A VG- jacket may have seriously torn edges, blown out spines, heavy markings etc

-I combine shipping rates for international customers. To receive the combined shipping rate please add all items to your cart and then click on 'Request Total' in the cart. I will pack your order and then bill you for the actual postage.