THE ALTONS In The Meantime LP NEW VINYL Mango Hill 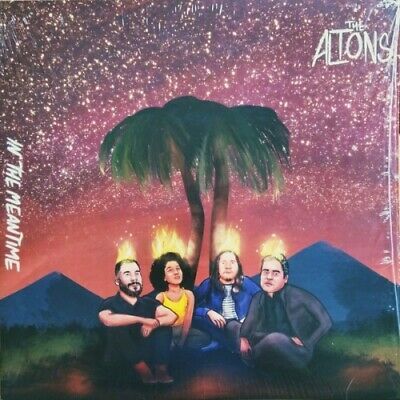 The Altons in such a short time have taken the radio by storm. Constant mainstays on the legendary KCRW with their radiant debut 'In The Meantime'. Barely released almost a year ago with no label support the band have managed to capture the ears of Daptone Records co-founder Bosco Mann , and ran them immediately into the studio to cut some tracks that would be part of the introduction of Penrose Recordings. There is where they met Label mate and friend Jason Joshua ( they actually met at a Daptone Promoted Concert in Las Vegas and The Altons were performing with other group East Los Souldie Legends Thee Sinseers). A bond built so quick and thick between Jason, Adriana,Bryan & Jo they supported each others musical goals and visions, and a year and change later, Here we are...

In The Meantime, captures and captivates the listener, whether Adriana or Brian take the lead, but supplying the listener and each other with auxiliary perfection. Meanwhile lyrically Bryan, Joe, Gabe, Adriana find them selves lost in the subtle moments. It could be love or it can just be life, The Altons deliver tenderness each listener, Deriving influences from early Kings Of Leon, Radiohead, Soda Estereo, Sam Cooke & The Strokes, the band define the word Diversify with creativity and culturally and take you to another universe with their explosive live shows..

Of course we had to re-introduce this album to the world. Revisioned and remastered by Alex Abrash (Bob Marley, Chicano Batman, Marvin Gaye & Every Mango Hill Release).I Now on Vinyl for the first time!