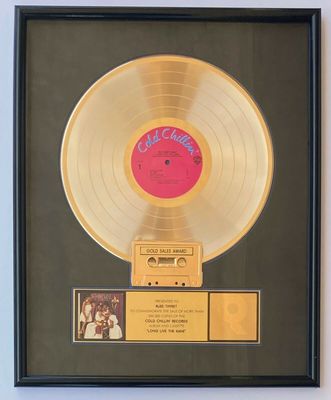 This award was presented to Russ Thyret (1944-2021), the former Chairman and CEO of Warner Bros. Records.

Recordmecca’s Jeff Gold is a former Executive Vice President/General Manager of Warner Bros. who worked closely with Thyret, and obtained this directly from Thyret’s estate.

With Recordmecca’s written lifetime guarantee.  See our other listings for more from this amazing collection.