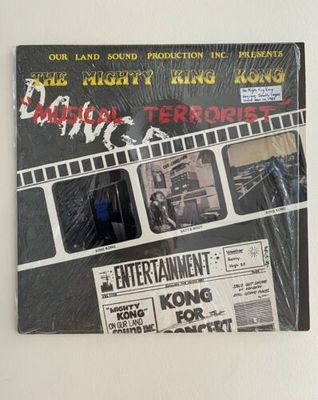 Dennis Anthony Thomas (born 26 March 1962), better known as King Kong, is a Jamaican deejay/singer best known for his work in the 1980s.

Born in Kingston, Thomas first recorded as a deejay at Tuff Gong studios in 1982, initially working under the name Junior Kong, named after his father. His debut single was "Pink Eye". He worked with GT and then his own Love Bunch sound system and then recorded for King Tubby's Firehouse label, now singing in a similar style to Tenor Saw. The early King Kong recordings for Tubby were over early digital rhythms, and included songs such as "AIDS" and "Babylon", and established him as a popular artist. His first album release was split with another of Tubby's singers, Anthony Red Rose, with Two Big Bull Inna One Pen issued on Firehouse. During 1986 and 1987, Kong recorded for several of Jamaica's top producers, including Prince Jammy, with whom he enjoyed his biggest hits with "Trouble Again" (the title track from his Jammy-produced debut album proper) and "Legal We Legal", Black Scorpio, Harry J, Errol Thompson, Ossie Hibbert, Bunny Lee, and Prince Jazzbo. While many of his songs were typical in content of the era, several of his songs had political and cultural themes. He released several albums during this period before relocating first to New York, and then to Canada in the late 1980s, where he released material occasionally on his Conscious Music label. The death of Tenor Saw in 1988 prompted King Kong to release "He Was a Friend" as a tribute, and in 1989, he relocated to England and recorded with Mafia & Fluxy and Gussie P in the early 1990s. He began recording more regularly again in the 2000s.

FREE SHIPPING TO ANYWHERE IN THE CONTINENTAL UNITED STATES OR CANADA.

WE DO SHIP TO OTHER COUNTRIES AS WELL!INTERNATIONAL BUYERS, PLEASE MESSAGE ME FOR A SHIPPING QUOTE TO YOUR LOCATION