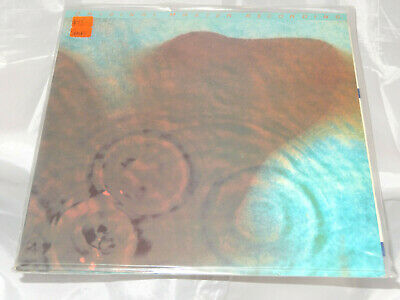 This is for a MFSL LP was pressed in Japan before Mobile Fidelity Sound Labs eventually pressed their Lps in the United States. The LP was Half-Speed Mastered with the Ortofon Cutting System from the Original Stereo Master Tapes. This MFSL LP has a special static free, dust free inner sleeve and heavy-duty protective packaging. This LP has been Out of Print for 35+ years and a bonafide audiophiles collectible.

This Limited Edition FACTORY SEALED LP is an audiophile collectors item that simply gives the feeling of being directly in the studio with the artist. Used nothing but the finest lacquers. The more you play the LP, your stylus will polish the grooves and actually improve the sonics of your MFSL LP. This recording is mastered from the Original Session Tapes. This Out of Print LP has all Liner Notes, Photos, and Artwork from the Original LP faithfully recreated.

Meddle is the sixth studio album by English progressive rock group Pink Floyd, released on 31 October 1971 by Harvest Records. It was produced between the band's touring commitments, from January to August 1971. The album was recorded at a series of locations around London, including Abbey Road Studios and Morgan Studios.

With no material to work with and no clear idea of the album's direction, the group devised a series of novel experiments which eventually inspired the album's signature track, "Echoes". Although many of the band's later albums would be unified by a central theme with lyrics written mainly by Roger Waters, Meddle was a group effort with lyrical contributions from each member, and is considered a transitional album between the Syd Barrett-influenced group of the late 1960s and the emerging Pink Floyd.[1] The cover, incorporating a close-up shot of an ear underwater was, as with several previous albums, designed by Hipgnosis, though Storm Thorgerson was unhappy with the final result.

No creases No seam splits No cut-out (drill) holes
No cut-out corners
No saw-marks or indents
No dirt/dust rubbing stains (friction marks caused by rubbing against other covers)
No yellowing from aging
No writing
No tape
No water damage
No warping
No wax, glue, paint or liquid drops on the cover
No glue traces or wax residue.