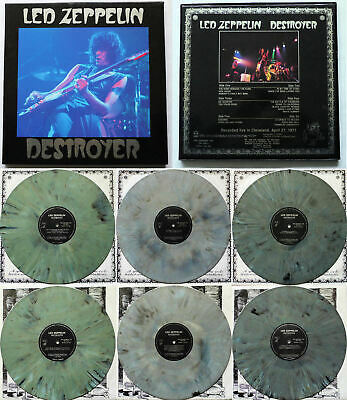 WHAT YOU SEE IS WHAT YOU GET- SATISFACTION GUARANTEED!
All images shown here are ACTUAL PHOTOS OF THE ITEM you are bidding on.

As well as the above grades, NEAR MINT (NM) is often used as well; this is really for a record that appears new but is known to have been played because the label has light spindle marks or because it has come from a previous owner and is assumed to have been played by them. For records which appear to fall between the accepted grades, + and - are also often added to the grading.