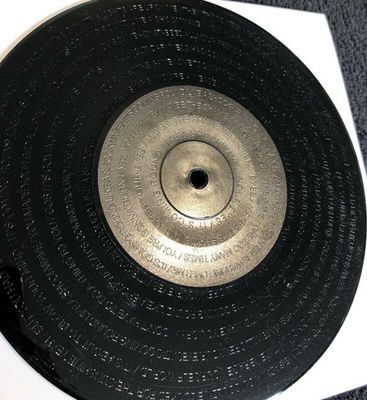 Now That I Found You

Having made the comeback of the year with 2017’s

‘As You Were’, Liam vowed to get down to business

and do it all over again – but better. It’s a mission

statement that he’s unquestionably achieved with

today’s release of his second solo album ‘Why Me?

It’s an album that finds Liam doing what he does

best. That voice of a generation powers a collection

of songs which are not only a level above his debut,

but also that possess a rich emotional resonance.

There are times when his vocal fires on all cylinders

with a visceral, attitude-rich intensity. But at the

other extreme, ‘Why Me? Why Not.’ also captures a

new-found sense of poignancy and reflection.

That spectrum has been reflected by the tracks

which have previewed the album’s release: ‘One of

“I can’t rest on my laurels,” says Liam of his

approach to the album. “I need to be smashing it. I

want to get bigger. I want even more people to be

getting into it. I want to sell out huge fields. I always

‘Why Me? Why Not.’ was written by Liam with

recorded in Los Angeles and at RAK Studios in

writing and production to Liam’s all-conquering

debut solo album ‘As You Were’, and Liam was keen

to get even deeper with them this time. As a result,

Were’ but not a radical departure.

Having played select summer shows including

Glastonbury and MTV Unplugged, Liam will play an

Liam will then hit the road in November for a huge

UK and Ireland arena tour in support of the album.

A: Now That I Found You

WE ONLY USE PROPER RECORD MAILERS TO POST ITEMS -

SO YOU RECEIVE THE ITEMS IN MINT CONDITION!

Combine items to save on postage.

YOU CAN ADD TRACKED & REGISTERED / INSURED MAIL AT £5 ANYWHERE

– This provides NEXT DAY DELIVERY in the UK (please allow for processing).