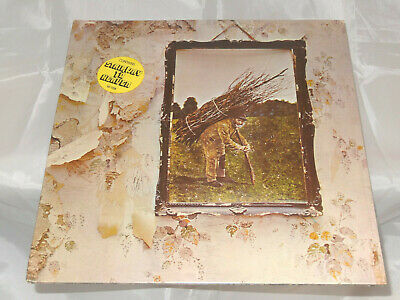 After the band's previous album Led Zeppelin III received lukewarm reviews from critics, Page decided their fourth album would officially be untitled. This, along with the inner sleeve's design featuring four symbols that represented each band member, led to the album being referred to variously as the Four Symbols logo, Four Symbols, The Fourth Album, Untitled, Runes, The Hermit, and ZoSo (which was derived from Page's symbol). In addition to lacking an album title, the cover featured no band name, as the group wished to be anonymous and to avoid easy pigeonholing by the press.

Led Zeppelin IV was a commercial and critical success, featuring many of the band's best-known songs, including "Black Dog", "Rock and Roll", "Going to California" and "Stairway to Heaven". The album is one of the best-selling albums of all time with more than 37 million copies sold. It is tied for third highest-certified album in the United States by the Recording Industry Association of America at 23x platinum. Writers and critics have regularly cited it on lists of the greatest albums of all time.

GATEFOLD COVER IS STILL SEALED AND COVERED IN ITS ORIGINAL FACTORY SHRINK WRAP W/ SOME CORNER WEAR AND HYPE STICKERS.