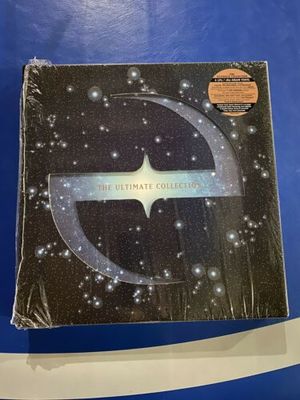 The Ultimate Collection (6-LP Set) is a career-spanningvinyl box set encompassing the Evanescence studio albums, Fallen, The Open Doorand Evanescence (with the latter two making their vinyl debut) and for thefirst time ever, the commercial debut for the previously unreleased demo albumOrigin. The Lost Whispers album officially culls the band’s legendary bonustracks and features the studio version of the long sought-after tour intro“Lost Whispers” and the first new Evanescence studio recording in years, “EvenIn Death (2016)”.

All albums are on black 180-gram heavyweight vinyl

· Previously only available as a limited edition

· Have never been officially released on vinyl

· First ever commercial debut and is a vinyl boxset exclusive

Two new vinyl exclusives, “Even In Death (2016)” and “LostWhispers”