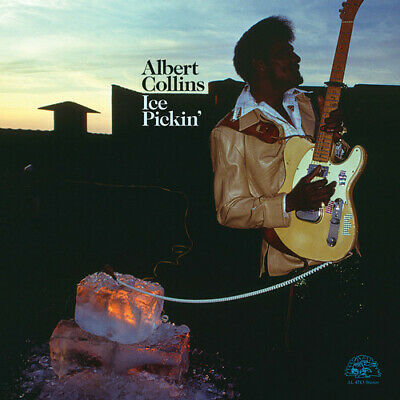 Limited 180gm vinyl LP pressing including digital download. There has never been and may never be again a bluesman quite like Albert Collins. "The Master Of The Telecaster" was born on October 1, 1932, in Leona, Texas. A cousin of the legendary Lightnin' Hopkins, Collins emerged with a blues sound and style all his own, featuring a combination of icy echo, shattering, ringing, sustained high notes, an ultra-percussive right-hand attack, and an unheard-of minor key guitar tuning (taught to him by his cousin Willow Young). Albert's greatest success came after he signed with Alligator in 1978 and cut Ice Pickin.' It won the Best Blues Album of the Year Award from the Montreux Jazz Festival, and was nominated for a Grammy. Even after he was firmly established as a major modern bluesman, Collins never got too big for his fans and friends, and never took things easy. And he never relinquished the wheel of his battered tour bus that he loved to drive so much.