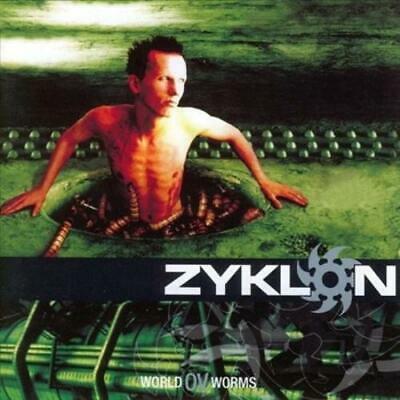 Product Description
Zyklon is the new full-time super group from Norway's most blackened regions, consisting of Emperor members Samoth (guitarist and bass) and drummer Trym, Myrkskog's Destructhor on lead guitar, and Limbonic Art vocalist Daemon. This is hyper-fast, extreme black death metal, not to be contended with from any region or country, as it blitzkriegs the listener with it's all-out sensory attack. Opener "Hammer Revelation" is just that: an over-the-top assault in the vein of old Emperor, Morbid Angel, Immortal, Bolt Thrower, or Behemoth all pushed to new levels of extremity. Resident murderer Bard Faust Eithun has decided to pen the lyrics to the album, and from what can be heard, they aren't too bad, focusing more on the apocalyptic than the overdone blasphemous tomfoolery of old. Razor-sharp production, futuristic samples, and cold, mechanical synths combine to give the whole album a degenerated industrial feel. One gets the feeling that they have entered the post-apocalyptic region somewhere between solitude and hell. Trym sounds back to old form, leaving behind his recent straightforward Emperor style, for the more experimental percussive rhythms of Zyklon with its varying tempos and mechanical persistence. Daemon's vocals sound like a black metal hybrid with old Godflesh/Justin Broadrick vocals, which accentuates the mechanized quality of the music. However, it is Destructhor and Samoth's string work, which holds the foundation of the music together, as layers of churning guitar grind through the listener with Ihshan or Trey Azagthoth-like precision. Once "Transcendental War," the closer, is reached, we are treated to the most savory morsel of all, a guest appearance by the infamous Garm. Bursting forth with boiling guitar, the song grooves into a mid-paced Morbid Angel churn at the four-minute mark, before Garm's sorely missed clean chants soar effortlessly over the music as the chaos winds down to a quiet doom. This aptly subtitled "Battle Between Gods" is a perfect, grim closure to an apocalyptic masterpiece. Those who love the extreme, commit musical suicide with Zyklon. ~ Jason Hundey