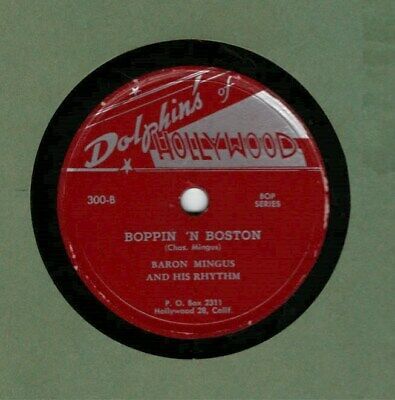 I use the VJM grading system for 78 RPM records:

N. As new and unplayed (there are virtually no 78s that can categorically be claimed to be unplayed). N-. Nearly Mint, but has been played. No visible signs of wear or damage. E+. Plays like new, with very, very few signs of handling, such as tiny scuffs from being slipped in and out of jackets. E. Still very shiny, near new looking, with no visible signs of wear, but a few inaudible scuffs and scratches. E-. Still shiny but without the lustre of a new record, few light scratches. V+. An average condition 78 in which scuffs and general use has dulled the finish somewhat. Wear is moderate but playing is generally free from distortion. Surface noise not overly pronounced V. Moderate, even wear throughout, but still very playable. Surface noise and scratches audible but not intrusive. V-. Quite playable still, but distortion and heavy greying in loud passages. Music remains loud in most passages. Surface noise and scratches well below music level. G+. Grey throughout but still serviceable. Music begins to sound muffled. Heavy scratches. G. Quite seriously worn and scratched, but music level is still higher than surface noise. G-. Music still prominent, but wear and scratch damage extensive. F. Most of music remains audible over surface noise, but listening now uncomfortable. P. Unplayable. Buyer to pay $5.50 shipping in the United States. Shipping discount for multiple 78s. Insurance, if desired, is extra.

Note on shipping: I will be making only a limited number of trips to the post office per week, so shipping time may be delayed. Thank you for your patience.

I have a number of other records at fixed prices in my store.